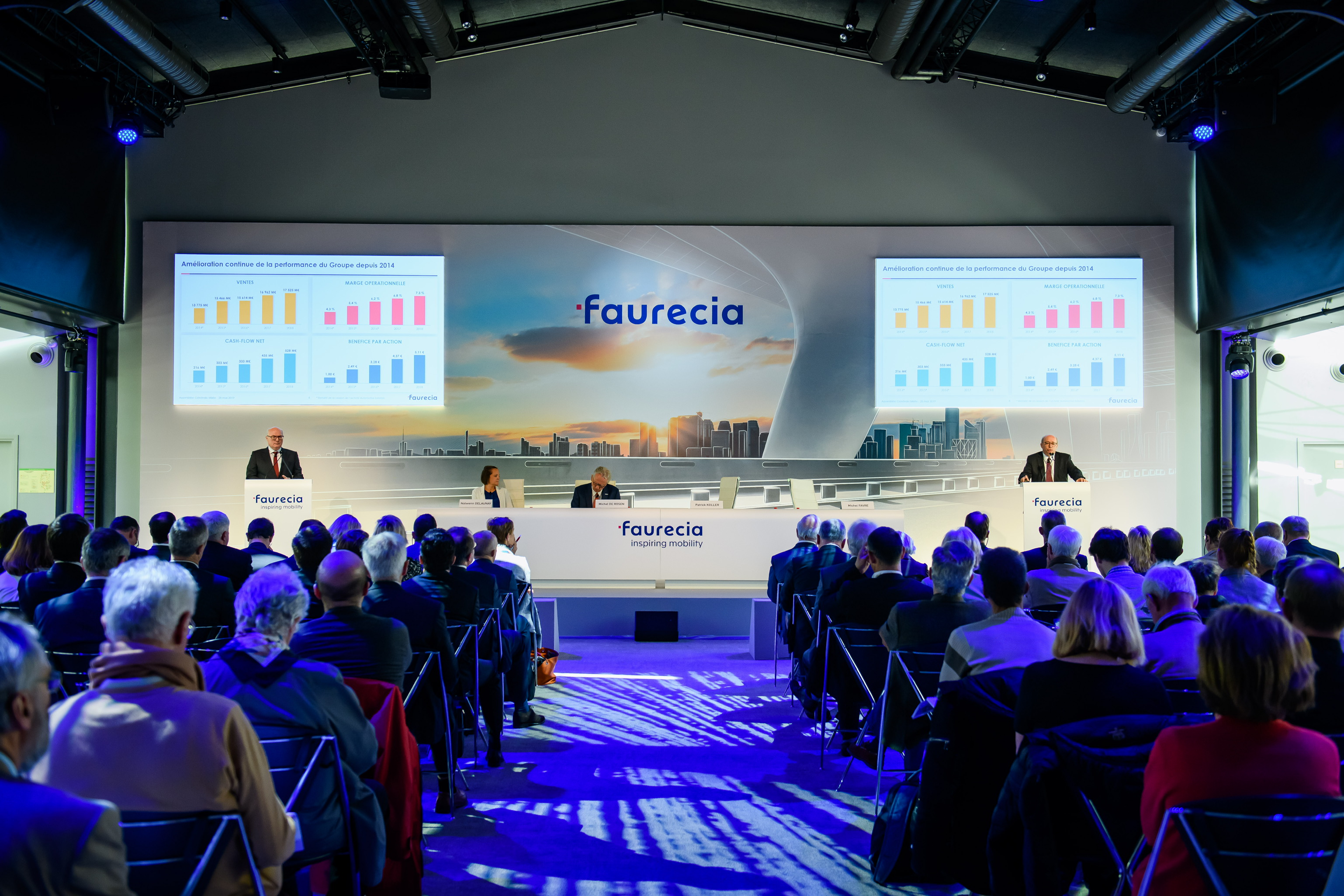 Faurecia Shareholders' meeting, Change in the Composition of the board of Directors, Dividend of €1,25 per share

The shareholders approved the appointment for a four-year term of three new board members:

The appointments of Yan Mei and Denis Mercier are effective immediately; that of Peter Mertens will take effect on 1 November 2019. Detailed biographies of the board members are available in Faurecia’s 2018 Registration Document. The mandates of Bernadette Spinoy, Eric Bourdais de Charbonnière and Hans-Georg Härter, have expired and are not renewed.

The Annual Shareholders’ Meeting also approved the interim appointments of Philippe de Rovira and Grégoire Olivier as board members, initiated on rulings by the Board of Directors on 19 July 2018 and 10 October 2018, respectively. The mandate of Grégoire Olivier has also been renewed for a period of four years.

Taking into account the Group’s performance, the Annual Shareholders’ Meeting also approved the distribution of a gross dividend of €1.25 per share, to be paid in cash. The ex-coupon date will be May 31, 2019 and the dividend will be paid on June 4, 2019.

The change in the composition of Faurecia’s Board of Directors is fully in line with the Group's strategy and brings new expertise to the Board. We would like to extend a warm welcome to our new members. On behalf of the Board and the Group as a whole, I would like to thank Bernadette Spinoy, Eric Bourdais de Charbonnière and Hans-Georg Härter for their considerable and unfailing contribution to the work of the Board and its committees and to the transformation of the Group throughout their mandates.

The presentation broadcasted at the Annual Shareholders’ Meeting, together with the results of the resolution votes, will be available on Faurecia’s website.